We have over 132 hours of HVAC industry training this year. 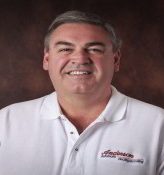 Glenn and wife Margie have four sons, two daughter-in-laws, three beautiful granddaughters and two twin grandsons. Glenn enjoys thoroughbred horses, swimming and anything associated with summer. Glenn’s favorite part of his job is being able to talk to the customers and meet their expectations regarding their comfort because we truly aren’t comfortable until they are. 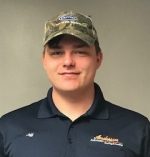 Jeff and fiance’ Jordan enjoy going to concerts and visiting new places with a beach.  He enjoys paintball and playing baseball.  Jeff has a dog named Joe Kenda and He likes learning new things everyday and being on the road helping people. 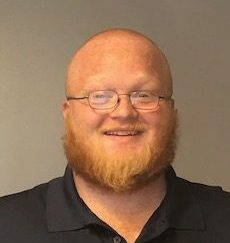 Sam enjoys hanging out with his girlfriend, family and friends, playing games and watching movies.  He likes the people he works with and he learns something new everyday. 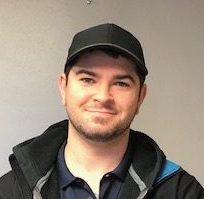 Sean lives in a full house, girlfriend Amanda, children Roman and Jade. Since Amanda works for a veterinarian they have a love of pets: three dogs, two cats, a tegu, a bearded dragon, two bunnies and two frogs. Sean enjoys time with family camping, kayaking and the video games. He enjoys his job because he gets to travel and meet new people. Sean is good with electronics and enjoys problem solving and visiting with customers each season. 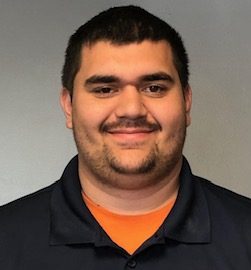 Noah enjoys the outdoors, he spends his spare time hunting, fishing and 4-wheeling. He lives at home with his parents and sister along with three cats. Noah is a install apprentice and each day working is a new learning experience and every day is different.

Jake enjoys hanging out with family, friends and watching MMA with brother and friends.   Jake lives with his parents, sister and his two dogs.  Being new to the HVAC industry Jake enjoys learning something new everyday. 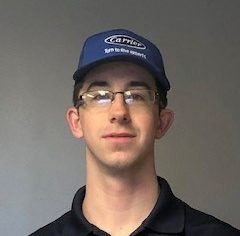 Tanner has a lot of interests, watching football and UFC, playing video games with friends and family. He lives at home with his parents, sister Kiersten and brother Conner. Three cats; Chloe, Molly and Max and two dogs Lola and Daisy. Tanner is new to the HVAC industry and says everyday is challenging and something new, he says everyone at Anderson is helpful whenever he has a question. 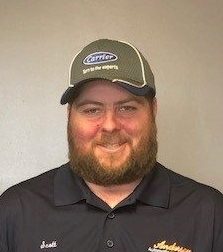 Scott and his wife Bree have a daughter Harper and two dogs (MacGyver and Kuro). Scott enjoys hockey, golf, darts and model trains. He enjoys the HVAC industry because every job is different and the challenge of some jobs can be both frustrating and satisfying at the same time. 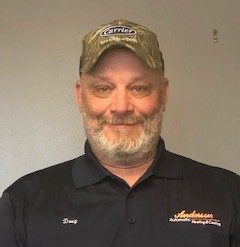 Dylan and his wife have a beautiful 2 year old daughter and a golden doodle. Dylan enjoys golfing. He enjoys the job because it is hands on, he likes being somewhere different everyday and helping the customer and also seeing how happy they are with he work done.

Jim likes anything outside, from BMX/mountain biking, hiking, snow boarding, basketball, soccer, swimming at his parents home and playing video games. Jim and girlfriend Sarah foster cats and kittens and have four of their own. Jim enjoys his job making customers happy and learning something new everyday. 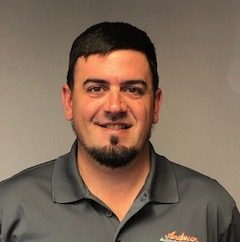 Joe is married to his wonderful wife Valerie.  They have two daughters Madison and Greta. Joe and Valerie have a horse named frizzy and in search of more animals for their future farm.  Joe loves being outdoors, spending time with the family, fishing and hanging out with friends.  He enjoys building long lasting customer relationships everyday. 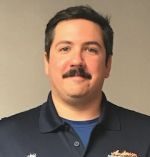 Jeff enjoys hunting, fishing, kayaking and camping and pretty mush anything outdoors.  Jeff enjoys working at Anderson Automatic because everyday is something different and his co-workers are friendly and easy to get along with. 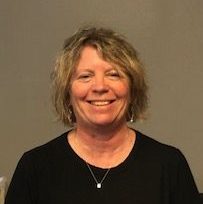 Barb and her husband Mike have two children, Stephanie and Michael, and five grandchildren, Parker, Michael, Annabelle, Lincoln and Clyde.  Barb enjoys crafts, marathons, gardening, traveling and spending time with family and friends. She has worked in HVAC since 1980 and truly enjoys the industry and working with customers. 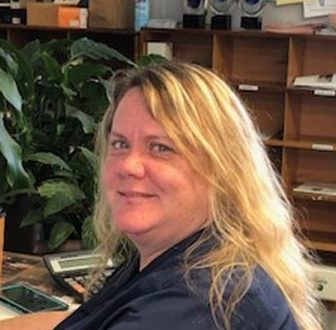 Katrina and husband Matt have a combined family of six children and five grand children.  Katrina enjoys reading and watching Packers football, the entire family and dog Patches enjoy camping as much as possible during the summer months.  Katrina adds,  working at Anderson Automatic feels like family. 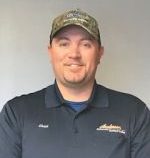 Chad and wife Kendra have two sons Brooks and Boone. He enjoys cars, playing guitar, hunting, fishing and taking is new Jeep trail riding with the family. Chad enjoys the family-like atmosphere we have at Anderson Automatic. 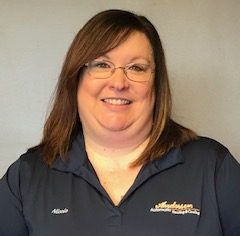 Nicole has a daughter Brianna and a German Shepherd named Zeus.  Most of my time is spent at Brianna’s sports events.  I enjoy baking & spending time with family and friends.  My favorite parts of the job is interacting with our customers. 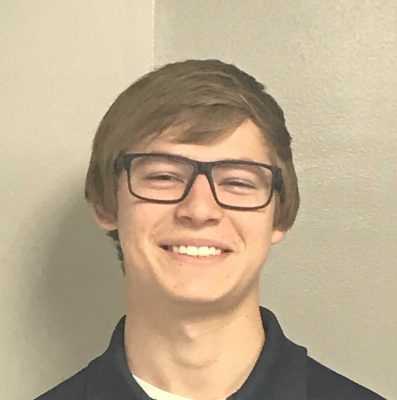 When Zach is not enjoying time with is parents and sister, He enjoys camping, fishing, hunting and riding his new wave runner at the lake. Zach recently purchased a new home and is spending time fixing it up. He likes meeting new clients each day and fixing problems they may have or just keeping there equipment operating correctly. 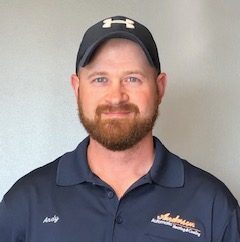 Andy enjoys spending time with his family, friends and girlfriend, as well as, working on his Mustang and Camaro, shooting guns, riding ATVs, working on his house and cooking.  He has 2 dogs, Zeus and Mason, a Doberman Pinscher and a Miniature Pinscher.  When asked what Andy enjoys about his job, his reply is that he enjoys meeting, seeing new/current customers, resolving issues and establishing customer relationships. 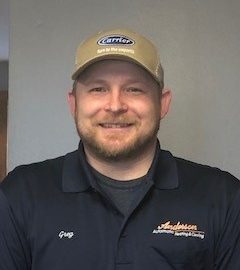 Greg and his wife Karen have three daughters, Ella, Kynzlie and Aizlinn. Greg enjoys camping, fishing and watching sports. Greg’s favorite part of his job is that every job is different and he gets to work with his hands. 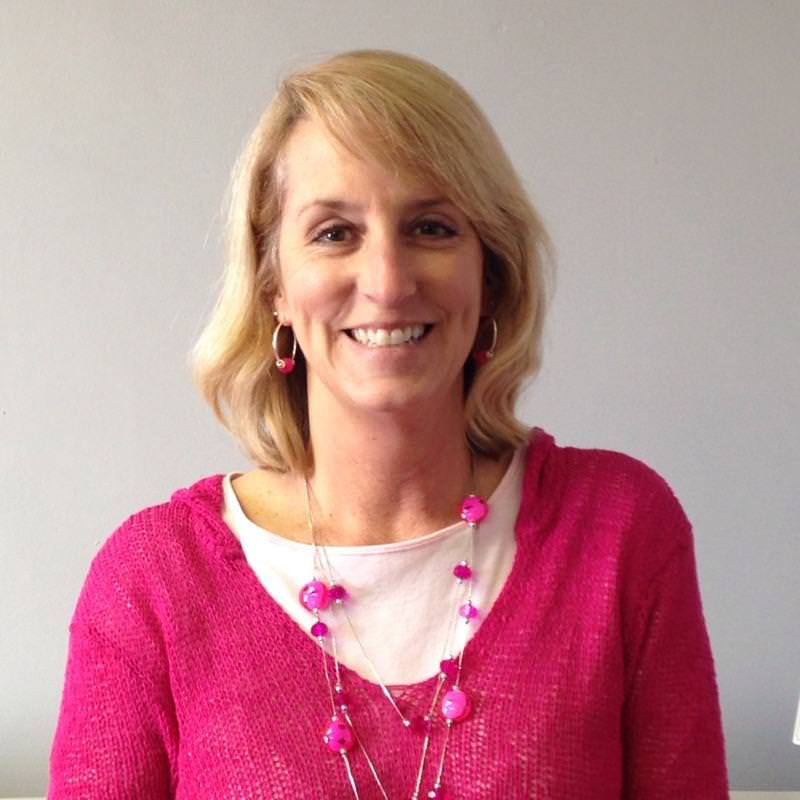 Vicki and husband Mark have two children Matt & Amanda and two grand daughters.  Vicki and Mark will be celebrating their 30th wedding anniversary this year.  Vicki enjoys working in the yard, cooking, walking anytime outdoors, scrapbooking and wine tasting.  I like my job because everyone is friendly and the company does also to fun things throughout the year for the employees.  It’s a great change of pace from the medical field. 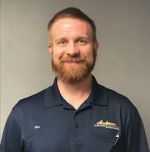 Ian and his wife Brittany have three children and love spending time with their family and friends. He also enjoys anything that has a motor and drives fast, including street bikes and dirt bikes. He considers himself to be a big gear head. Ian enjoys seeing customers every day and being able to work with his hands. 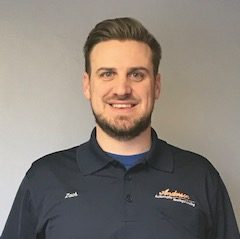 Zach is single and has two brothers, Brian and Joe. He currently has no pets but is a dog lover. Zach enjoys coaching and playing volleyball, traveling, hiking and sports. Zach is a huge Cincinnati Reds fan. Zach’s favorite part of his job is the family environment. 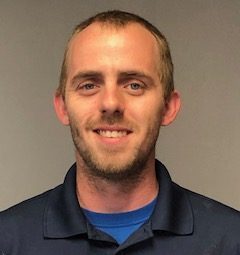 Ryan is dad to two daughters, Savanah and Lillian, and a son Jayson with fiancé, Brittany.  He also has a Chihuahua, named Boomer.  Ryan has served in the U.S. Army.  He enjoys working for Anderson Automatic because it’s  a good trade and he likes helping other people. 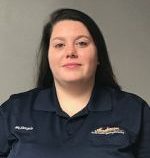 McKenzie enjoys being a new Mom to daughter Oaklyn. In her spare time she enjoys crafting, playing darts and hiking. She has two sisters and dog Willow and chinchilla Conner. McKenzie loves the opportunity to learn something new every day to be able to solve HVAC problems and working different places each day. 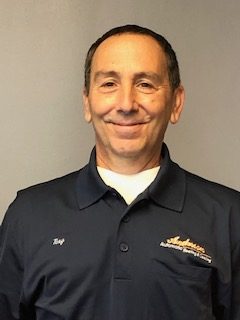 Tony has a beautiful wife, Cindy, and three sons, Tony, Gino and Ricci. Their family includes two pugs named Georgia and Slippers and a cat named Scruffy. Tony enjoys art, music, golf, old movies and outdoor activities. His favorite part of the job is getting to meet interesting people and his co-workers. 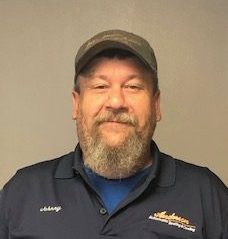 John has a beautiful wife, Becky, four children, four adorable granddaughters and one grandson. Their family also includes a miniature dash hound named Gigi. John enjoys fishing, boating and camping and is a big fan of NASCAR and making a lot of money for retirement. John’s favorite part of his job is learning. 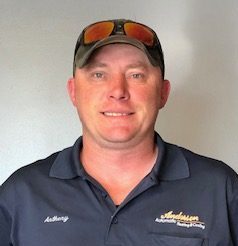 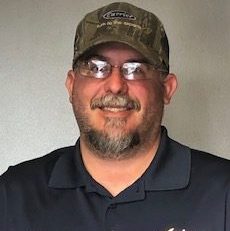 Devin enjoys soccer, hunting and fishing when he is not spending time with his wife Tiffany and son Sawyer. Devin’s family have two pets: cat; Samson and dog; Gretchen. Devin likes his job because he enjoys working with his hands.