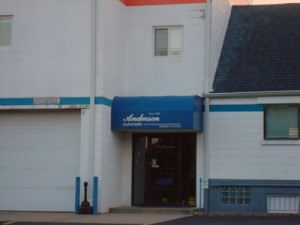 Anderson Automatic Heat Service (as it was known back in 1929) was founded by Mr. Gene Anderson.  The company was located on Logan Street in Cincinnati and was known as the Thermostat King because they installed thermostats on manual coal fired furnaces—not something other companies did back then.

In 1956, Mr. Anderson sold the company to seven of its employees, and in 1971 the office was moved to the West Side of Cincinnati. Mike Burg joined the company in 1979 after graduating from Scarlet Oaks Vocational School as a service technician. When Mike first started with Anderson Automatic Heat Service, the company mainly provided repair service to existing systems and did not install new systems.    After Mike came on board, that began to change and Anderson began installing new systems.

In April 1988, the last two owners Eddie Meyer and Ann Koringel sold the business to Mike. Mike changed the company name to Anderson Automatic Heating & Cooling to reflect the true nature of the business. Mike’s knowledge on the mechanical side of the business was strong; however, he realized that he lacked the everyday business organization and partnered with Glenn Meyer to accomplish this.

In 1993, Glenn Meyer joined forces with Mike to partner in the business and today Anderson Automatic Heating & Cooling employs more than thirty people. They have provided heating and cooling services to the entire Greater Cincinnati area for more than 85 years. Anderson Automatic Heating & Cooling installs new equipment and services all makes and models of existing equipment.